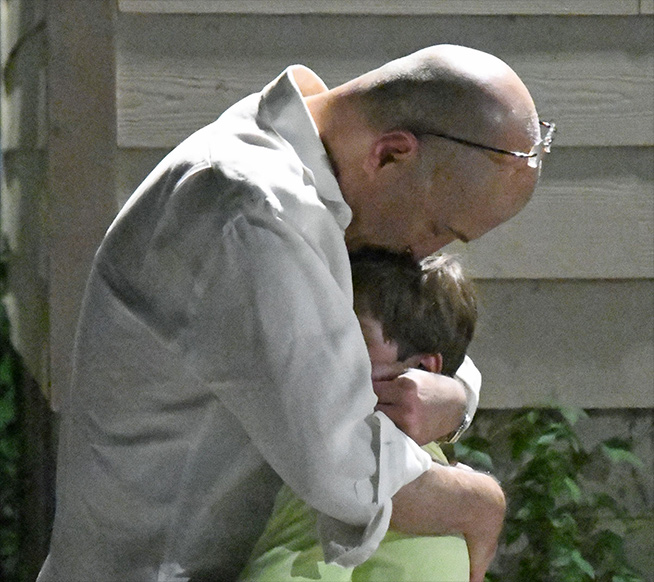 I’ve been reluctant to write this blog although many have suggested it over the last couple of years.  I’ve hesitated because it is a deeply personal story.  Sometimes I have been reminded that my story is an illustration of my character and therefore directly indicative of my abilities as an advisor.  Anyway, I thought about it again after I reconnected with a close old friend recently.

My friend’s life has mostly been one of privilege and comfort.  His grandfather came to America from Russia at the turn of the last century, penniless.  Somehow, he acquired a horse pulled cart and went from house to house selling different wares.  Over the decades, the business grew to a chain of department stores, becoming an important corporate citizen.  Faced with steadily increasing competition, the brothers who inherited the business made the difficult (and correct) decision to sell the business for a very significant sum in the mid-1980’s.  Since, the family has always marshalled their resources and success to become an important city benefactor and leader.  The descendants of those brothers have managed those assets very effectively in a successful chain of other retail businesses throughout the region.  By now maybe you can see where I’m going here.  My friend is struggling to keep the business alive.  When I spoke with him, there was a heightened level of anxiety which I’m sure his grandfather had sometimes experienced, but which the family had been insulated from for decades.

My friend will never miss a meal.  In fact, I doubt his material life will change much regardless of the outcome.  But I know how important the family’s legacy is, and I understand how failure in this instance will scar him mentally and emotionally.  And because of my own story, I understand this this not as an analytic observation, but in my heart and my gut, where truth lives.

In the late summer of 2015, I lost everything I cared about.  Two years before that, I could never have imagined how, or why, that would happen.  For after struggling with addiction from his earliest teenage years, my son, and my daughter in law, became heavily involved with the scourge of our time, heroin.  They died tragically, separated by one month, as an indirect result of that addiction.  They were still in their early twenties.

I was left shocked and heartbroken, questioning everything I believed, financially ruined by my efforts over the previous eight years (the beginning of which happened to coincide with the financial crisis of 2008), trying to save my son from his addiction.  And then there was something else.  Something more important than anything.  They were the hopeful parents of my grandson, Oliver.  I love Oliver; maybe because of the loss of my son, I think I love Oliver more than I have ever loved anyone.  I cannot imagine going on without him.  But in the tragedy of the moment, I mostly just felt the weight of a new responsibility.  I had pretty much raised my son alone, his mother having had her own issues with addiction.  Now I was about to repeat the journey.

I still grieve for my son, momentarily at least, every day.  Just before the lockdown began, I was on the elliptical at the gym, watching Sportscenter.  One of the top tens was a hockey player scoring a goal in a way that reminded me of how my son played; I had to fight back the tears.  I know it will never really end.

Life is about meeting challenges.  Sometimes those challenges appear because of something, or a series of things, we’ve done.  Often, the greatest challenges are the result of something beyond our control; usually, those are the greatest challenges.  Once, or maybe twice, in a lifetime, we face a challenge of seemingly insurmountable difficulty, totally outside anyone’s field of vision.  This is where we all find ourselves now, each of our lives being suddenly changed in some unexpected way.  All through the news cycle, we here about the travails of the brave healthcare professionals and other essential workers on the front lines.  They are all heroes and will rightfully receive accolades, respect, and even love, now, and especially when the war is won.  Perhaps they have found their bravery more easily because they are used to moving into the breech.  But what about the orthopedic surgeon who finds his expensive office empty, as well as the guy who used to be on the manufacturing line for the artificial knee at Zimmer.  There are million throughout America who could never have anticipated the desperate situation in which they find themselves.

Churchill is famous for saying, among so many other quips, “if you’re going through hell, just keep going”.  That’s the best advice while you’re in the eye of the storm and you’re sadly, dizzily, surveying the wreckage.  Remember that we are never given a challenge we are not capable of overcoming.  The secret to your deliverance will be to remember who you were before; what mission and habits got you to where you were before COVID-19.

More than anything, while you grapple with the grief over your loss, remind yourself always to find something  for which to be grateful.  The source of my own gratitude is obvious.  I have Oliver and I get to experience all the joys of raising him.  I get to reset the clock on my life, and do it all over again; yet,   because I must, I also feel anxiety. It’s a daily struggle to remind myself of my opportunity.  And so I undertake these writings as a structured reminder of all the blessings in my life and all the new possibilities ahead.  So I invite you to join me in my own personal therapeutic  exercise . I hope some of my reflections  might others better understand their own. I have attached a link to an interesting Wall Street Journal article which further develops this theme.