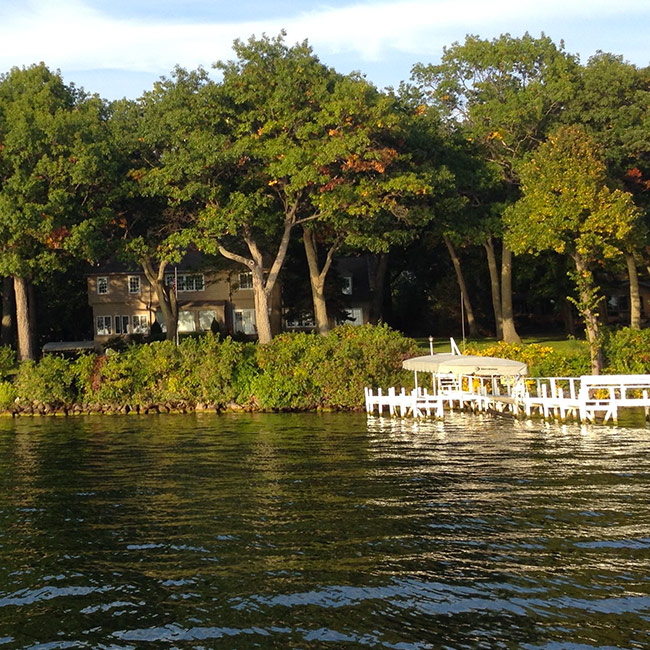 A Letter to Clients and Friends

As we review 2019 and anticipate 2020, the geopolitical stresses we referenced last year have been exacerbated by recent events in Iran as well as the now obvious economic decoupling of the US and China.  Yet technology continues to provide opportunities for literally exponential growth as its networking effects (the idea that tech platforms and products become more valuable to each user, and therefore more valuable business models, as more people use them) streamline and reinforce the business models of those companies willing and able to adjust, with the opposite effect to those companies unable to make that adjustment.

To reiterate earlier writings, our overall strategy of owning individual stocks directly is based upon the premise that the granular understanding of particular company prospects and business models can balance the more volatile noise of macro economic and political events, significantly improving clients’ ability to regular investment behavior. We have focused broadly upon five investment themes:  1)5G, the next generation of digital connectivity and it’s influence on industry,  2)the digitization of the economy through the Cloud (and now, the hybrid Cloud),  3)the growth of productivity in healthcare, 4)financials (the new utilities, raising dividends recently by 15% annually), and  5)traditional companies using technology to disrupt the disrupters.

Historically, equity markets usually experience a drawdown of at least 10% once each year. Although this kind of correction did not occur in 2019, the market made little progress on a rolling twelve month basis (because of the almost 20% decline beginning in October, 2018 and culminating in the waterfall decline of December, 2018) until October, 2019, with the handshake agreement on a Phase One Trade Agreement with China. The on-again, off-again, trade negotiations whipsawed stocks throughout the late spring and summer of 2019, providing ample evidence of the importance of knowing what you own.  Two industrial names which have turned out to be great successes, Rockwell International (ROK) and Parker Hannifin (PH) are examples.  Each experienced 15% declines this past summer, providing opportunities to lower our cost basis, to finally net 25% gains as we sit today.

A negative narrative proposing Medicare For All provided an opportunity in the healthcare space.  United Healthcare (UNH) and Humana (HUM) would essentially be legislated out of existence by a single payer government administered healthplan.  By late spring, the ascendance of the candidacies of Elizabeth Warren and Bernie Sanders provided wonderful entry points in UNH and HUM. As the prohibitive costs of the proposal became clear, the stocks have provided superior returns.

Also in healthcare, our investments in genetic medicine with Crisper (CRSP) and RegenixBio (RGNX), as well as Invitae (NVTA), are progressing well as the scientific effectiveness of the field becomes more accepted.

Our overweight semiconductor exposure  (AMD, AVGO, ASML, NVDA, TSM, INTC) has been especially profitable.  We bought these anticipating the rollout (just beginning) of 5G, while other analysts were focusing on excess inventories in the industry. We have experienced superior returns in the names (save INTC), sometimes trimming  and rebuilding positions as prices waxed and waned, but primarily remaining invested.  But herein is a note of caution as we enter 2020.  Inventory levels have abated and analysts have begun to talk about semiconductors and Apple (AAPL) as on the cusp of a “super-cycle”; I always get nervous when I hear that phrase, especially as the rollout of 5G is a multiyear project whose initial effects may already be reflected in the stocks.  We will watch this carefully.  My own suspicion is that the Cloud software companies whose stocks were hammered this past summer, may soon find themselves the subject of another narrative, that the coming of 5G will result in a reacceleration of revenues and earnings for them.  We have positioned Zscaler (ZS) , Crowdstrike (CRWD), Twilio (TWLO), and Splunk (SPLK) with this in mind, and are already seeing good gains.

Our “other disrupters” category has been interesting.  Wal Mart (WMT) has become a successful competitor to Amazon, experiencing 30% growth in its on-line business.   We are monitoring other traditional retailers whose shares are perhaps excessively cheap for opportunities.  Disney (DIS) acquired Fox and launched the Disney+ streaming service in late 2019 to much fanfare, garnering over 10MM subscribers in its first week!

Of course, not everything went well.  EOG Resources (EOG) essentially invented oil and gas fracking.  The company owns some of the best acreage in the Permian Basin of Texas and has a pristine balance sheet (unusual in the oil business these days).  Although the price of crude oil rose over the course of 2019, oil stocks underperformed woefully.  I believe this is for two reasons.  First, other oil companies with poor balance sheets dramatically increased supply as prices rose, capping oil price gains, to raise necessary cash.  Second, almost all the net new money coming into stocks these days which is not earmarked for index funds (and energy now represents only 4% of the S&P 500), is being invested in funds with environmental, social, and corporate governance guidelines, so called ESG Funds.

DowDuPont, another disappointment, merged in order to spilt into three companies.  In retrospect, I think the investment was not only the victim of the industrial uncertainty which grew from the China trade negotiations, but also from the sheer complexity of the merger/split itself.  Corteva (CVTA), currently in the portfolio, is the agricultural successor company from that merger/split.

As we enter 2020, we are experiencing a rally driven, I believe, largely by the Federal Reserve’s efforts to release pressures in the Repurchase Agreement market through renewed purchases of US Treasury bills.  Coincidentally, the Fed’s announcement of the program coincided with the easing of trade tensions in mid-October.  Since then, they have expanded the size of their balance sheet by about $180B,with the market expecting a total increase eventually to about $400B.

The Fed undertook the same kind of program in the late 1990’s as concerns arose that the approaching calendar change with the new millennium could cause all sorts of havoc.  The ultimate withdrawal of that liquidity was not a positive for the markets, to say the least; we must therefore remain vigilant.

Also, we need to remain alert to the potential for overconfidence in our thesis about the economic growth and productivity gains of the coming fourth industrial revolution brought by 5G, as reflected by  stock prices.  I have already alluded to the dangers of the narrative of a “supercycle” for technology. We are at the cusp of another industrial revolution, where we will realize the full economic benefits of  technological change across all industries and life itself.  Thus far, markets have focused almost exclusively upon those benefits.  The coming presidential campaign may refocus investors on some of the pitfalls of these changes, i.e. where and how people will work, can privacy be protected, etc.  These concerns underlie the costs of change; costs which are probably not reflected in currently rallying stock prices.

Yet, alongside these concerns, we must remember that all great bull markets end only AFTER the stampede of investment from those who have thus far remained skeptics of its strength and durability; we have not yet reached anything like that level.  This bubble of Fed liquidity may yet be tinder for that fire.  Overall it is possible that after this early rally, companies may temper market enthusiasm with more cautious optimism about their prospective results, and so returns in the second half of the year may outperform those of the first.