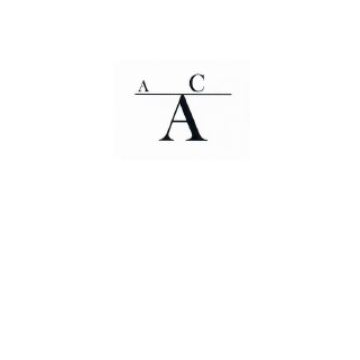 A Letter to Clients and Friends: June 2021

Our March quarterly letter focused on the severe correction in growth stock valuations resulting from the doubling of the yield on ten year US treasuries.  Higher rates mean that future earnings become relatively less valuable.  But that time tested corollary assumes that the market correctly anticipates the actual level and timing of those earnings.  We pointed out the possibility that investors looking through a historic lens, might incorrectly assumed a traditional linear progression of those earnings.  What if that progression is, instead, exponential, and therefore occurring more quickly?

In the last week of this second quarter, we found out.  Much of our growth investing has been in the complimentary fields of genetics and artificial intelligence.  Over the last weekend in June, Intellia Therapeutics (NTLA) published spectacular results of an early trial attacking a liver disease known as ATTR.  For the first time, a company had avoided safety concerns by editing the appropriate genes inside the body.  Intellia believes they can leverage this platform to successfully, and safely, edit genes across multiple organs and diseases. All of our stocks in the gene editing complex (CRSP, BEAM traded up dramatically, giving the growth portfolio the best month since January. (During July, the stocks have corrected somewhat, still up substantially from May, but well off their peaks.) To reiterate an earlier point, we have probably all experienced the convenience of the Docusign contract signing platform; a time saver, really neat, right? Docusign currently trades at a 58 billion dollar valuation.  I submit that on a relative valuation basis, Intellia will ultimately be worth an awful lot more that $7 billion. During the second quarter, Vertex Pharma paid Crisper almost $1 billion for 50% of the rights to one product (which has not even been approved yet)!

As interest rates declined from their 1.75% peak earlier in the quarter, concerns about labor shortages and peak economic growth corrected industrial stocks which had so outperformed in the first and early second quarters. Yet, as I write this letter in late July, the vast majority of our industrial stocks in the core portfolio (HON, ROK, PH, RTX, DOV, EMR, ETN), trade at or very near all time highs.

Our premise in owning them has been that cost adjustments made by these companies as they dealt with tariff issues over the past few years had yielded companies capable of significant operating leverage in a normalized economy.  The benefits to profit margins are only just coming into focus.

According to the Labor Department, nonfarm productivity increased 5.4% in the first quarter, overwhelming the 2.2% average going back to 1946.  Bloomberg News pointed out that the latest survey of manufacturers by the Federal Reserve Bank of Kansas City quoted one manufacturer respondent who said, “We are choosing to invest more in equipment and automation, which over time should lead our company to have a lower number of workers.”

This trend toward automation should be accelerated by the move toward 5G, enabling connected, smart, factories.  These two reinforcing tendencies have renewed momentum in the semiconductors we own in both the core and growth portfolios (ASML,CDNS,QCOM,NVDA,SWKS,MRVL,AMD).  Semiconductors are now ubiquitous in almost every product and have become the “transports” of our age.

Finally, a further comment on index funds and knowing what you own.  By now, almost everyone is aware of the implausible ascendency of the shares of the recently almost bankrupt Gamestop (GME) and AMC Theaters (AMC).  At quarter end, Gamestop was the second largest, and AMC the eighth largest holding in the widely held Russell 2000 Index. I feel quite comfortable in the assertion that few, if any, holders of that index realized that much of their investment is tied up in companies with no identifiable path to profitability, let alone survival.  I feel almost as certain that few, if any, of their advisors had any idea of this fact as well.  And so, to paraphrase the old EF Hutton commercial, we will continue to make money the old fashioned way, by earning it.